September Net.
Vice President Lt. Gen. Ali Mohsen Saleh has visited the warfronts in Sana’a and Marib and inspected the status of combatant on the frontlines.

He congratulated them on the Eid al-Adhaha occasion, listened to their demands and concerns, promised that the army’s salaries would be paid within this week and praised the soldiers’ heroic performances.

In the warfront of Nehm, Sana’a, the Vice President, accompanied by the representative of the Arab Coalition forces Col. Abdulaziz al-Ghafili, toured the outposts and gave words of approval and appreciation of the national warriors’ bravery in countering the Saleh-Houthi rebels.

He inspected the training sites of the soldiers and called for further professionalism to prepare for achieving the major victory. 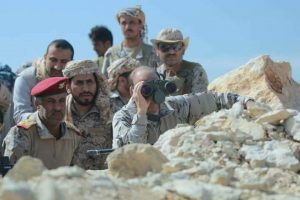 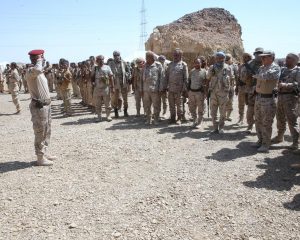 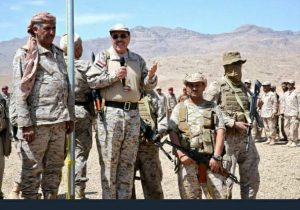 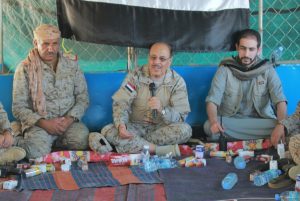 FM, US envoy to Yemen, Tim Linderking, discuss developments in the situation and efforts to bring peace

FM discusses with UN Under Sec.Gen. peace process in Yemen